8th Comptroller of the Currency 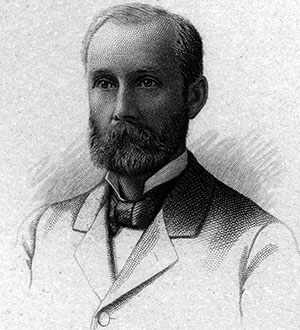 Barton Hepburn served as Comptroller for less than a year. He came to office from a varied and distinguished career. Hepburn had been a professor of mathematics, lawyer, superintendent of banking of the state of New York, and five-term member of the New York State Assembly. He also served as national bank examiner for New York City for three years before being appointed Comptroller by President Benjamin Harrison. An internationally recognized authority on financial and economic questions, Hepburn returned to banking when President Cleveland took office. He later succeeded Henry W. Cannon as president of the Chase National Bank.